Hello hello hello and welcome to Friday Finance here on Constructed Criticism. This week we will be discussing how the announcements for the new digital Magic product has effected an already unsteady online market. The second segment will be weekly Promising Pick-ups and then we will be ending with a new segment about cards that you need to sell out of pronto. Enjoy.

Recently there has been announcements about a product called Magic Digital Next. This has lead to a flurry of activity breeding off fears that this is the product that will replace the forever troublesome MTGO. This has lead to lots of people selling out of their product quickly and has started to cause ripples throughout the platform. So is now the time to sell out of the digital format? In short yes, but mainly because the actual time was a year ago. With the announcement of the Modern Flashback Drafts the showed a complete willingness to reprint cards on the digital format, making them much easier to get hold of compared to paper copies. With the continued turbulence the economy on MTGO is going to continue to suffer for the next year until there is concrete evidence of what Magic Digital Next is going to entail, I would recommend that an avoidance of holding large quantities of cards and tickets would be the wisest course of action. Do I think this spells the end for MTGO? No, I believe either the new product will run next to it, or will envelope it in a way that collections will be ported across. However, the safest option in the face of uncertainty that offers no upside, is to not be a part of it. 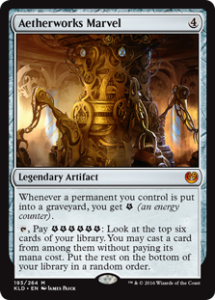 Marvel is a powerful card. Will it make moves in modern? Maybe. Will it make another move in Standard? Also maybe. It is just so strong that if it finds a home again, it will be bordering on broken. The new Nicol Bolas will likely be a good card cast for free regardless of what else is printed. 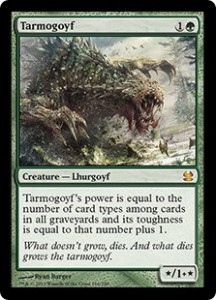 It’s on a downswing. People think it’s going to be in MM17, but that seems unlikely. The EV is more likely to be filled with cards that need a reprint such as Snapcaster Mage and Liliana of the Veil. This is all mixed in with Fatal Push being a perfect answer to it and the card is going to start to drop off. It will still be a staple forever and will rise up again.

A modern staple. Has a name filled with Flavor which makes it harder to reprint. The price is only going to start climbing soon, with Frontier only helping it on its way.

When to fold them… 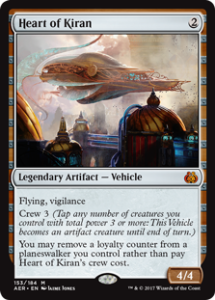 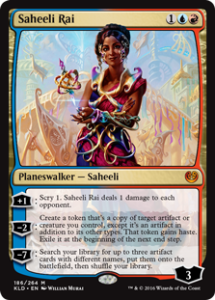 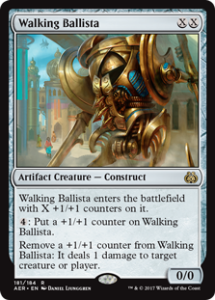 All 3 of these cards are big powerful players in the 3 big standard decks. However, these cards are unlikely to rise any further and WotC’s new willingness to ban in standard would leave me jumpy in regards to holding on to these. Until we fully understand how standard bans are going to be implemented and on what basis, I wouldn’t be holding much stuff from top tier standard decks post pro-tour.

Thank you all for tuning in and reading this weeks helping of Friday Finance.