Hello hello hello and welcome to Friday Finance here on Constructed Criticism. This week we will be discussing how the Pro Tour effects what us as financiers have to do to make dependable profit from the event. The second segement will be weekly Promising Pick-ups . Enjoy.

Pro Tour card speculation is a common pitfall many players fall into. The chance of a big pay day by guessing which card is going to be the breakout star and having stacks of them is a draw that some people find to hard to resist. We all hear stories of them happening, I for one know a guy who was in possession of 200 playset’s of Endless One just in time for the beginning of the Eldrazi Winter.
Fair to say he likely make a buck or two. However, that occurrence is a blip on the chart filled with people buying hundreds of copies of cards that never get seen again. I’ve seen people trying to amass large quantities of Walking Ballista’s or Rishkar’s, but they had already missed the spike. Could they go higher after the PT? Maybe. Is it likely worth the effort and time even if they do? Probably not. What those people have opened themselves up to is maybe a 10-15% gain, but could easily lose 50% of their value. My main tip for the PT is to avoid speculating on any card that isn’t already at it’s floor. I have piles of Elder-Deep Fiends and Metalwork Colossus’s on my desk waiting to spike, but if they don’t I won’t lose out because I bought them at basically bulk costs. I also have a fat-pack box filled with standard bulk rares so I can fish out any sudden card that is making a splash. That is in my opinion the only consistent and stress free way of making money off of the PT.

The next step you can make if you know a good testing team or fancy yourself as a bit of a brewer is to start working as soon as the winner is announced. You can near on guarantee that the winning deck will be picked up by a whole host of players. Find the card that beats it. Find the janky card like Authority of the Consuls and buy them while they’re cheap. People will think of it and people will buy them and if you own a portion of them, your also going to get a portion of the profits.

Behold the Beyond Foil 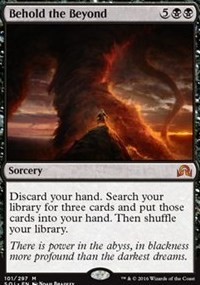 Behold the Beyond is a card from Shadows over Innistrad and is a powerful card. While to slow and splashy from Standard or Modern, but is perfect for formats like EDH. Also it is important that EDH players do love a foil. With this card sitting at $1.78 this seems like an easy pickup while trading or finding a trader at a GP that wants to get rid of them. 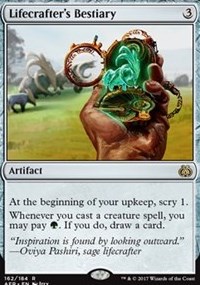 Another card that EDH players are likely to slowly start picking up. The foil is sitting at around $4 but is falling quickly. I will imagine it will level out in a few weeks and that will be the moment to strike.

I have heard a few whisper’s that some of the pro’s feel like Paradoxical Outcome is going to be the breakout card at the PT. While this can’t be confirmed until it’s seen, if you can get this card for around a dollar, you’ll always be able to break even by selling them to EDH players in the future.

Thank you all for tuning in and reading this weeks helping of Friday Finance. I hope that I have helped persuade some of you to avoid buying into cards before Pro Tours in the future unless your certain it’s near risk free.