Hello hello hello and welcome to Friday Finance here on the Constructed Criticism network. This week we will be discussing Price Spikes and why people are constantly saying “The second spike is always harder and faster”. We will be diving in and detailing why this happens and looking at ways we can work with this very real phenomenon and use it to our own benefit. Then we shall finish up with the returning Promising Pickups section, where I will give you my top picks of this week saving you from doing the leg work. So come on in and let’s get started.

A common point of reference within the MTG Finance community is that a cards second spike in price is always bigger and harder. Now this is just a commonly accepted fact by most, but the mechanics and reasons behind this fact are rarely discussed. The phenomenon is actually relatively simple in origins, but with it comes a wide variety of opportunities for profiteers such as ourselves to cash in.
The best way to illustrate how the second spike of a card price becomes so explosive is to follow the life cycle of a card. The first point of contact for most cards is in a players hand. Whilst a finite amount are cracked by businesses for the sole purpose of resale/presale at a retail price point, the majority are opened by players. The finite amount of the card is then sold to players and slowly the retail market drys up. The buy-list price is usually to low, so the movement of the card predominately comes through trading between players. Then a price spike comes. Whatever the reason, the market value of the card has risen and players suddenly want rid of these cards. This is due to the fact that a card that was potentially worthless before suddenly has value. You do not know when the price will peak and fall, so the safest way is to sell them for a buy-list price to a vendor. Suddenly the vendors now hold a vast quantity of the card and can to a certain degree manipulate the price. Slowly the spike starts to slow and eventually back tracks down the graph. The vendors won’t short the stock, so instead hold it at a price closer to the buy in. The sales are slow and the card fades away. Then a second spike comes. Again, the reasons for hold little to no importance, but the card is in the limelight yet again, suddenly this time there are no copies of the card to be sold to the vendors. They already have them. They now control the market. They can charge almost whatever they want. It’s supply and demand in all its glory.
Now there is a limit to what we smaller traders can do in this life cycle. We can’t buy into cards whilst they are high and potentially have to hold hundreds of copies. However, we can benefit from the second spike if we see it coming and we can try to react to the spike. The first point requires us to do background research. When looking at a card as a potential spec, one of the best tools is to look at it’s price history. If we can recognise that a card has already been through a spike, we can gauge two separate slices of critical information. The first is the previously discussed, if another spike is coming, we will have little time to react to it. The second is we have a previous ceiling, a price that was the most people were willing to pay. This gives us an estimate for roughly were a second spike will end up near, although it usually ends up slightly higher as the price is driven by the vendors this time.
The other way we can benefit is react to the spike. If we can glean why the card is spiking, we then have to search for cards that could domino from this. If the card price is a reaction from a spoiler for instance, we look at why. Is it a combo in modern? Does it do broken things is a popular EDH deck? Once we have that understanding, we then look at the other pieces of the puzzle that have just been completed and we snap them up.
The main way to run a solid profit in MTG Finance is speed backed up by knowledge. By knowledge I don’t even specifically mean you need to know every card ever printed. I know almost none. Instead what I mean is that you need a knowledge of how these prices react, because in reality they pretty much react the same every time. To the untrained eye, there looks like there is no rhyme or reason, but to me and hopefully to you, my readers, it’s starting to look a lot like a pattern. Patterns are predictable, patterns are exploitable, patterns for us equate to money. 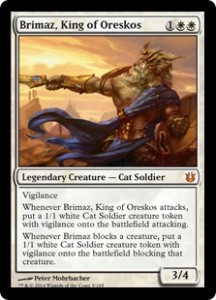 It dodged the Commander 2017 re-print and is already rising. This is a get in quick moment, and flip a month or so after the decks have been released. 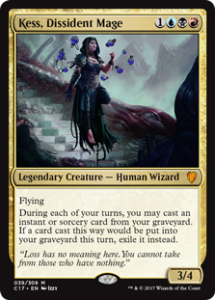 This is a powerful card. The only printing will be a foil out of the new Commander deck, but the ability is perfect for Grixis storm builds and could even become a house in Legacy. The pick up is likely risk free, but may not lead to much of a profit… Buying the complete deck may be a better option truth be told. 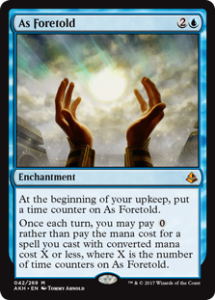 This card is broken. The issue is that it started at such a high price, EDH players didn’t buy in, but instead it was Modern players that set the price point. However, with the current meta in Modern the way it is, there just isn’t space for this deck. It’s time is likely to come again though. The card will climb to around $8-10 off EDH demand and then when it’s time to shine in Modern comes again, we are looking at doubling that number.

Thank you for reading this week. This weeks article was written in the Rainshine state of Florida instead of the eternally gloomy United Kingdom. For the next two weeks an extra segment will be added where I will be discussing the purchases I make in the US and compare them to both the product and pricing we have in the UK/Europe. Next week we will be discussing in detail the Commander 2017 release, but I am always looking for subjects so please tweet them at me/facebook it/light the beacons, for Gondor calls for aid.