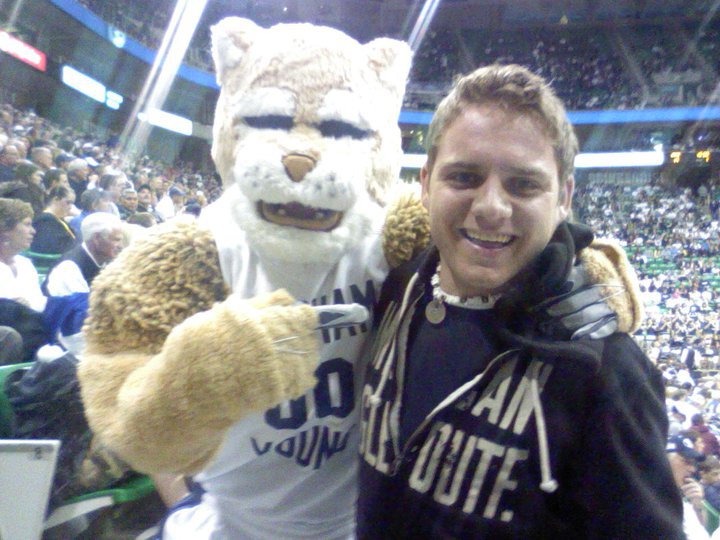 Going into Pro Tour BFZ there are quite a few really cool interesting cards in standard and a lot of ways you can build your decks. It makes you wonder what the super teams might be able to come up with in what appears to be a diverse format.

Today I am going to present a list of possibilities of things that we could but won’t necessarily see at the Pro Tour. We are going to do this bye looking at cards with high potential to being broken by some of the best minds in the game.

Monastery Mentor is a card that that has a ton of upside. It makes tokens that you might pay 1 mana for to actually play in some decks and it does it at the cost of just casting a spell. One of the reasons I think this card is “Breakable” is that it fits with other breakable cards like Jeskai Ascendancy.

Playing these cards together feels so natural. Like a good old peanut butter and marshmallow sandwich. The cards are so great together and you get to play them in conjunction with another breakable card in Treasure Cruise that it is hard not to think someone could break this deck open.

Ascendancy also has synergies with Hangerback Walker and Jace. What more could you want? 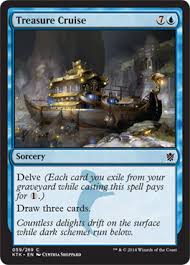 Fun fact for the day. One blue to draw 3 cards is just a busted card. Last year we saw mostly Dig Through Time see play as the go to draw spell due to the fact that it was an instant and picking two of your top seven was usually better than three random cards. The difference this standard I think is the number of fetch lands we are playing. This does two things for Cruise. It feeds the graveyard quickly to get you to one mana as well as just thinning the deck of lands making drawing three cards even better. I wonder if the Bring to light deck being a tap out deck makes this card a more viable option for control decks of the format to draw cards. 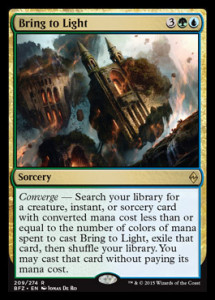 You might be thinking that this card has already been broken and to that I think we are wrong. I think that we have only seen a glimpse of how could Bring to Light can be and I would not be surprised in the least to see sweet Bring to Light tech coming out of the PT. 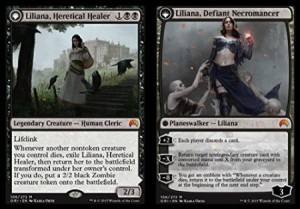 This is a card that I am still surprised hasn’t had its potential unlocked yet. The card is quite good as far as what you get for just three mana. I believe the planeswaker side of this card is extremely good and am very interested to see someone bust this thing wide open. I would never be the one who could made a great Liliana deck but I don’t really envision a world were someone could not build a deck that stars this card. 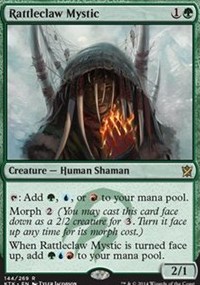 You might be asking yourself how a mana dork is breakable. I think the fact that this is the only reasonable creature ramp that is available is a pretty bid deal. It also ramps you into a huge threat very quickly as well as having synergy with Deathmist Raptor 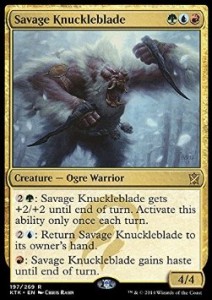 You might be thinking to yourself that this one is a biased opinion but it was actually someone else who pointed out to me how good Knucklebade seems right now. People are playing a lot of sorcery speed removal and a lot of removal that actually just doesn’t kill this guy. Things like Reave Soul, Silkwrap, and Fiery Impulse aren’t gonna cut it when you are being attacked by a hasted Savage Knuckleblade. He also attacks through a Siege Rhino which is a huge deal.

I think it is prime time to see some of this guy even if it is just a splash is something like a Jeskai deck. The time has come for this guy. 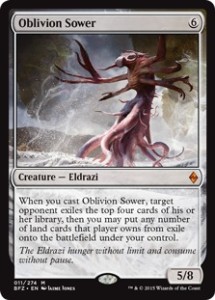 This is a card that I don’t know about. I have been impressed with it from what I have seen but it is possible that you just aren’t getting enough. That being said if the Metagame is right and the deck is built correctly we could see this and other big spells in a powerful ramp strategy and I definitely think this card could be a center piece to that.

These cards are all things I could see shaping the Metagame in a new way that we have not seen yet. I am excited to see what the players at the Pro Tour bring to the table and hopefully our boy Quentinn is playing on Sunday showing us all what’s up. Maybe even with some cards from this post. 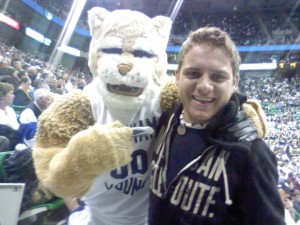